The 8th Annual International Wine Tourism Conference (IWINETC) was held in the province of Barcelona, Catalunya 5 & 6 April 2016.   It was a great success and the 2 day conference followed by a 3 day immersive FAM to the local area around Barcelona was truly a memorable event.

IWINETC is the leading global event for the wine and culinary tourism industry, held in grape escape destinations around the world. The 3 day event (2 day conference & 1 day Workshop) delivers thought provoking professional education, an extensive exhibition area to discover wine travel destinations and their wines, a focused business environment for tour operators to meet wine tourism experience providers and a chance to discover the wine tourism highlights of the host destination.

I’ll be posting more over the next week about the trip as a whole!

I recently decided on my latest trip to the Charlottesville area in VA that rather than doing my usual stops at a winery to throw in something new, Cider House.  Ciders have become a new favorite for people that like a sweeter drink of choice.  Younger 20 somethings in particular have developed a love for the drink and an alternative to wines and brews.

My stop today was at the Castle Hill Cider house.
Originally built in 1764, Castle Hill Cider is a Virginia cidery and premiere venue for Central Virginia destination weddings and events. … Pastoral fields, meadows, and the Blue Ridge Mountains beyond provide stunning backdrops for incredible pictures, making it one of the most sought after venues for special events in this area.

Driving up into the property you are struck by the well cared and groomed meadows and property.   And then once you get to the Barn itself where the tasting room sits, I was really awestruck that I had not been here before now.    My friend and I got to speak with Patrick who really was engaging and captured the love of this place.   Again, I’m big on tasting room staff and if they don’t engage you or have a passion for what they are doing, it shows.

We tasted 9 different ciders.  They pride themselves in making apple centered, clean ciders.  These ciders are not like the store bought brand which tends to add in sugars of flavors, these are purist apple juices that have fermented.  Some had sediment still in the bottles, others are fermented in the kvevri eggs, or in aged whiskey casks and even one variety they ferment using a champagne method.  The variety of apples used were also intriguing and many varieties I myself have not heard of  like “gold rush” and “black twig” .  Most of the apples are sourced locally and on-site and they are planting many more acres here as well.   The cider themselves did mostly taste like lighter apples juices with some hints of earth and flavor – we enjoyed the Serendipity and Gravity the best.  Bravo Castle Hill.

Trully a gem not just for the unique taste of the ciders themselves but the venue is stunning and well worth a visit – its sits virtually across the road from the Keswick Winery outside of Charlottesville, VA 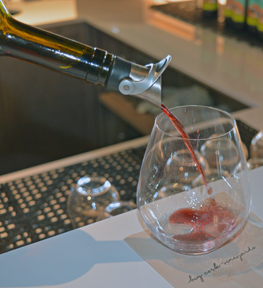 During the last two weekends of February, wine enthusiasts can break out of winter’s doldrums and visit Maryland wineries. The wineries on the state’s seven wine trails will off exclusive access to holders of the Passport.  Passport ticket holders will receive free wine tastings and a behind-the-scene experience at each winery. Also included with the passport is a wine glass and a ten percent discount on wine purchases. You can purchase passport tickets on the Maryland Wine website. Tickets cost $25 plus a $2.37 fee.

Ticket holders can use the passports on February 20th, 21st, 27th and 28th. With four days to visit Maryland wineries, how many of the wine trails can you experience? Last year we attended some of the participating wineries that had a similar program. We met a couple that were also attending the passport event and they said it was a Christmas gift. With Valentine’s Day coming up, you can surprise a loved one with Maryland Wine Passport and enjoy four days of wine tasting. 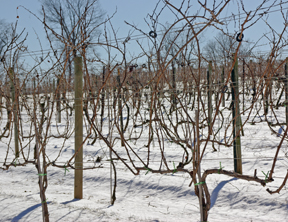 The furthest west wine trail is the Antietam Highlands Wine Trail. It includes six wineries west of Frederick. North and east of Frederick there are five wineries along the Frederick Wine Trail. The Carroll Wine Trail has three wineries in Carroll County. Maryland’s newest wine trail is the Capital Wine Trail with four wineries in Montgomery County. The Piedmont Wine Trail includes wineries north of Baltimore along Interstate 83 and Interstate 95. In Southern Maryland, ten wineries are members of the Patuxent Wine Trail. The wineries range from south of Annapolis to south of Saint Mary’s City. The Chesapeake Wine Trail includes 15 wineries along Maryland’s eastern Shore from Rising Sun to Eden. Check the Maryland Wine Passport website for the wine trails and the list of wineries participating in the event.

Going on a cruise Inaugural is such a thrill but its even better if you can cruise first and have a wine experience
@bottlestop tours got to do that this time on the newest ship out of Miami the NCL Escape Nov 4, 2015

What an amazing experience getting to be on this new ship and being invited to see all the newest venues
including Michael Mondavi and Family at their wine bar THE Cellars.

From Norwegian’s point of vier here is their take on the venue:
Pull up a stool on The Waterfront and pair your favorite vintage with soothing waves. Step inside the main bar and sample a Merlot as you laugh with some of your closest friends. Or elevate your wine IQ with programs meant for experts and novices alike at the Tasting Table. For four generations, the Mondavi name has been intimately linked with prestige winemaking in Napa Valley. And now, they’re bringing their best blends and unparalleled knowledge to Norwegian Escape at our first-ever wine bar: The Cellars – A Michael Mondavi Family Wine Bar. A place where we let you enjoy your vino any way you like

I think Wine Cellars on ship will or should become the norm. Especially on a ship that is trying to attract the younger market to sail. I know without a doubt this one will be well received. Cheers!

People do enjoy coming to stay with us, but there can never be very many at a time. The Gayot Guide has just named our 1804 Inn and Cottages among their Top 10 favorite destinations in American wine country travel. Please come, verify their findings when you can. Just don’t expect a crowd. http://www.gayot.com/…/10best_winecountryinns…/1804_inn.html

“Wine from long habit has become indispensable to my health.” – Thomas Jefferson

Thomas Jefferson, third President of the United States, was a multi-faceted genius whose numerous areas of expertise ranged from architecture to zoology. His passion for wine, while largely neglected by historians, is one of the most fascinating aspects of his persona.

Jefferson’s journals and correspondence contain many references to wine, including detailed critiques of the wines he tasted. He may, in fact, have been American’s first wine critic.

In 1787, while he was living in France as a representative the Untied States government, Jefferson took a three-month tour of many of the wine regions of France, Italy, and Germany. He traveled incognito, so that he could learn what life was really like in these regions, and so that he would not have to spend his time in formal dinners with the aristocracy. He sought out vine growers and winemakers as well as the “common man and woman” living in the various wine regions.
Monticello, Thomas Jefferson’s Virginia Plantation

Lucky for us modern-day wine lovers, Jefferson kept an extensive diary of his adventures in the wine regions of Europe, charting his travels as well as his opinions on quality and character of the inns, the food, the architecture, and of course, the wines he tasted. His diaries are a fascinating insight into the wine world of the 18th century, and of the character and persona of this complex and charming man.

Linda Lawry, CWE, DWS, is the Director of the International Wine Center in New York City. She is also on the faculty of New York University, where she has been teaching the Wine and Spirits Studies course in the Department of Nutrition and Food Studies since 1997. She is a member of the Board of Directors of the Society of Wine Educators, a member of Les Dames d’Escoffier, and program co-chair of the Culinary Historians of New York. Linda graduated with honors from the New York Restaurant School, holds the WSET Diploma, and is a Certified Wine Educator.

As I raised my glass for a sip, the effervescence of the bubbly tickled my nose, just as I imagined it would have done to monk Dom Perignon had he discovered that his blended grapes made such a fuss. Even though this revered beverage became popular a full century after his death, the rumor that he created Champagne is just one of the legends that make up this region’s rich history. Thanks to its terroir, which represents its climate, its chalky soil, and hilly lands, the Champagne region of France has made quite a name for itself. It is associated with haute bourgeoisie, romance, and celebration. There clearly is no wine more evocative than Champagne, the king of sparking wine.

By law, no one outside of this region is allowed to call sparkling wine Champagne. Spain may have its Cava, Italy its Spumante, and California its sparkling wine, but Champagne only comes from Champagne, France. And there’s no getting away with trying to cheat the system! Scientists today can prove the clear existence of a unique biogeographical fingerprint based on the types and amounts of fungi and bacteria present in a grape (or crushed grape, in this case).

These may be the only Champagne houses in the world, but there are more than 100 of them in this region. They are a must-see for any luxury traveler visiting Paris. A mere 29 minute train ride on the TGV from the Charles de Gaulle airport will put you smack dab in the middle of Champagne faster than your taxi would get you to your hotel in Paris!

“A single glass of Champagne imparts a feeling of exhilaration. The nerves are braced; the imagination is stirred, the wits become more nimble.” – Winston Churchill

The two main towns for Champagne production in the region are Reims and Epernay, located respectively North and South of the Mountain of Reims. Both can rightfully lay claim to being the center of the Champagne world; the major Champagne Houses are headquartered at one or the other.

Some of the best memories of I have exploring in the Champagne region of France this past April is the pure and innocent beauty of this countryside of rolling vineyards. Such an elegant place where you can feel the joy when you talk to people who have been working this land for centuries. Like the roots and vines of these grapes, the people are entwined and grounded to this land and what it produces. From the larger Champagne houses to the smaller Grand Cru farmlands it is an amazing part of French history in itself. And now officially a World Heritage region since this past July 2015.